So, here we are. The first league match after Saturnalia, that famous annual Norse/pagan piss up known as “Christmas”.

Sitting in the second best drawing room (such lovely views across the lake) Lady H-D and I are reminded of the glowing faces of our dear grandchildren opening their traditional gifts of Rothmans and gin. Seems like just yesterday.

But as I sip my Glenfiddich I reflect that there are those less fortunate.  There but for the grace of God go I.

Take football for instance. At one end of the table: The BayCity Strollers A.  At the other: the Bay B Strollers. Two teams full of plucky souls playing the beautiful game despite the wintry conditions but so far with very different experiences of this season.

The crowd that thronged around the “Sandwich Nou Camp” last night wondered if they were in for another goal feast. They were not to be disappointed.

The first half started quickly. Goals followed goals and they in turn followed yet more goals.

A trademark thunderous shot from Jim Dobson opened the scoring. Two opportunist goals from the goal machine that is Martin Millbank who took his season’s total to 12.

Then three well worked goals from sweeper extraordinaire Rob Lynn, skipper Peter Cadogan and “Chairman of the Board” Peter Worley.

A veritable feast indeed. Six goals without reply before the welcome break for rub downs, fags and oranges.

The second half should have produced more. Chances were created but they were spurned like unwanted Christmas presents.

The Baby B goalie, Aande, was excellent: a Canute against the incoming tide. Several blocks from defender Peter Bryant (even prepared to put his family jewels in the way of one incoming shot ….sorry Mrs B if you are reading this but it was funny) kept the score line respectable.

Just the two well taken goals from striker Chris Le Corney produced the final score of 8-0 to the home side.

A convincing win but given how tight it is at the top of the league was it enough? We shall see……………..next up Herne Bay. 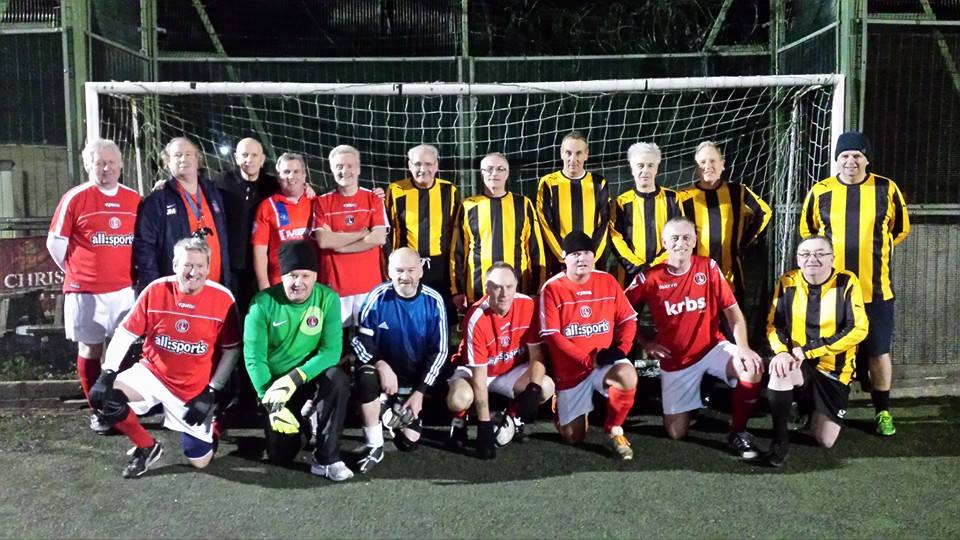