This was the inaugural tournament for the Dave Bambridge Memorial Cup.  BayCity Strollers donated the cup, which was in memory of Dave, a firefighter and local goalkeeper who played for Ramsgate FC and Margate FC and who sadly passed away in 2009 after a four-year battle with leukaemia.

Originally envisaging a handful of local teams, we were delighted by the response with 17 teams taking part from across London and the South East. BayPoint kindly hosted the tournament, and three 6-a-side grass pitches were set up.  Despite difficulties with over-large penalty areas and small goals (which kept the scores down!), the tournament was huge fun and highly successful.

BayCity Strollers fielded 3 teams – an achievement in itself – one of which finished in second place in Group A.  The final was between Uxbridge and Dagenham & Redbridge, with Uxbridge running out winners on penalties.  Members of Dave Bambridge’s family attended the event and awarded the cup at the end.

After a busy afternoon of football, with a multi-prize raffle, a cake stall, fire engine and BBQ, a total of well over £500 was raised for Cancer Research UK.  We’re hoping to repeat the event in 2018 ……. with smaller penalty areas! 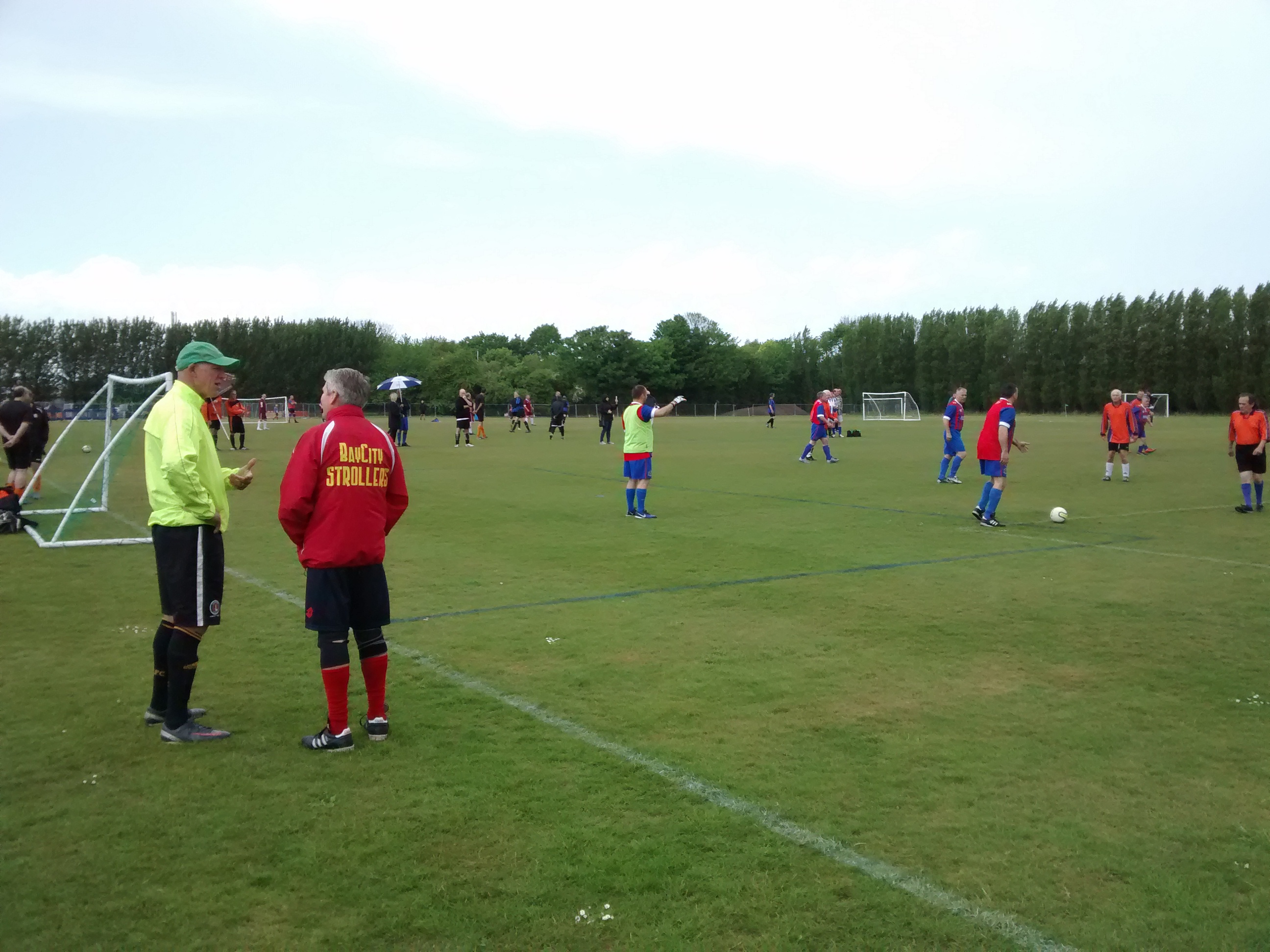