Squad – or as history will see this The Magnificent Seven.

Realistically the only member of our squad who remotely resembles anyone from the original film is Rob as Yul Brynner all in black, and fortunately we all just about survived to fight another day.

So to the action, the Strollers took to the pitch resplendent in their new white tops to take on the might of Ramsgate with e few familiar faces in the opposition line up.

We were trying a new system with 3 at the back of Rob, Jim and Gordon who all had license to get forward and support the forward players.

It worked a treat as we quickly took control and we scored twice in the first few minutes with Les getting both goals with fine finishes in to the corners of the goal. Martin was weaving his magic through the middle and Tony finding lots of space on the right.

Unfortunately we then all decided it was nap time and first Andy and then Simon scored to make the scores level, Lawrence had no chance with either effort.

So half time and a stern team conversation about the need to keep the ball as we had at the beginning of the match, we were confident if we took control the chances would come.

Now the tricky bit, trying to remember who scored when.

The second half began and we quickly wrestled control by keeping the ball and making space for each other. Les was the first scorer to complete his hat trick and than Gordon made it 4 with a thumping drive for the goal of the game, he was unlucky with a similar attempt in the first half that was just too high. Rob was next on the score sheet with a well hit effort from distance. The next goal was the most unusual.  Martin received the ball just outside the penalty box and appeared to be well marked but with a deft touch he lost his marker and bore down on the goal, he approached the keeper and with another expert touch managed to trick him and send him to ground, so an open goal Martin took aim but alas in shooting he managed to trip himself up and missed the target and also ended up on the floor, with the opposition keeper and Martin desperately trying to get to their feet and Ramsgate players asking for a free kick? The ball trickled out to Tony who gleefully side footed the ball in to the empty net for his first goal of the season. So 6-2 up going in to the final minutes and Martin finally got the goal that his fine performance deserved with an instinctive finish to make it 7.

Ramsgate did have a couple of chances in the second half well saved by Lawrence but in truth it was a very good second half by the Strollers who ran out worthy winners.

Big thanks to Rob Rae for an excellent refereeing performance and to Ramsgate for playing the game in a good spirit, it was hard work with just 7 players but everyone can be very satisfied with their performance. 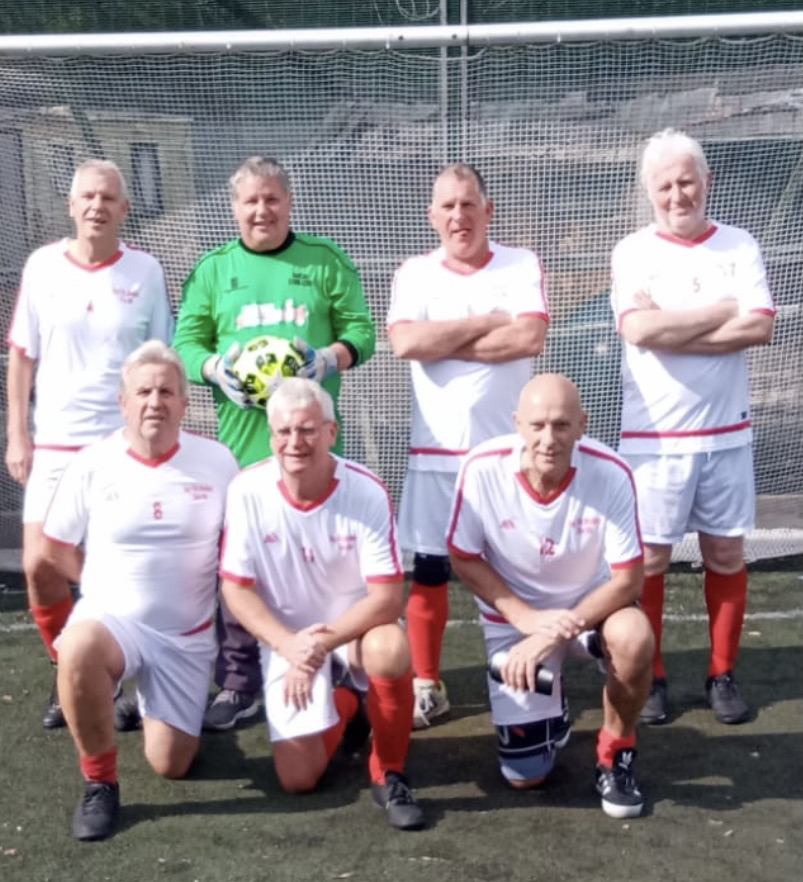